Proverbs 14:1 – “The wise woman builds her house, but the foolish tears it down with her own hands.”

Women that changed the world

In Esther chapter 7, Esther, an Israelite is taken as one of the king’s wives. Haman, a leader
appointed by the king, seeks to wipe out the Israelites. When she finds out the man’s plot,
and although it meant sticking her own neck on the line, Esther plucked up the courage to
approach the king and call Haman out for his motive. Leaders see no one as too important
to talk to. Leaders see nothing as too daunting to face. Leaders can approach anyone and
anything with confidence in the name of serving their people.

In Ruth chapter 1, Naomi’s husband and two sons died and she was left with just her
daughter-in-laws. She encourages them to return to their home countries. One gladly
returns back, but the other, Ruth refuses to leave her side and says one of the most poetic
things in the Bible, “Do not urge me to leave you or turn back from following you; for where
you go, I will go, and where you lodge, I will lodge. Your people shall be my people, and your
God, my God.” Leaders show that same kind of devotion to the people who have helped
shape them. Leaders don’t forsake their mentors, coaches, or managers when opportunities
arise.

When Mary is approached in Luke chapter 1 and told that she will be giving birth to the
Messiah that had been prophesied about for so long, she willingly accepted the
responsibility against all odds. Her heart set apart by the power of god that transformed the
entire world. “I will do according to your word,” she says to the angel who breaks the news
to her. Leaders approach great opportunities with willingness and enthusiasm. Leaders
know that the greater the possibility there is for failure, the greater the opportunity there is
for success. God himself chose a woman to carry the son of god! What other higher calling is
there?

Proverbs 31:26 – “She opens her mouth in wisdom, and the teaching of kindness is on her
tongue.”

The statistics are astounding; The UN reports that approximately 200 million girls in the
world today are ‘missing’. India and China are said to eliminate more female infants than
the number of girls born in the US each year. Lianyungang in China has the worst infant
gender ratio on record with 163 boys born for every 100 girls. Taiwan, South Korea and
Pakistan are also countries in which unwanted female babies are aborted, killed or
abandoned.

Genocide in South Asia takes many forms; baby girls are killed or abandoned if not aborted
as foetuses. Girls that are not killed often suffer malnutrition and medical neglect as sons
are favoured when shelter, medicine and food are scarce. Trafficking, dowry deaths, honour
killings and deaths resulting from domestic violence are all further evils perpetrated against
women.

‘It’s a girl’ – is a film being released this year, documents the practice of killing unwanted
baby girls in South Asia. The trailer’s most chilling scene is one with an Indian woman who,
unable to contain her laughter, confesses to having killed eight infant daughters. The film
tells the stories of abandoned and trafficked girls, who suffer extreme dowry-related
violence, of brave mothers fighting to save their daughters’ lives, and of other mothers who
would kill for a son. Global experts and grassroots activists put the stories in context and
advocate different paths towards change, while collectively lamenting the lack of any truly
effective action against this injustice.
The war against girls is rooted in centuries-old tradition and sustained by deeply ingrained
cultural dynamics which, in combination with government policies accelerate the
elimination of girls.

Greece 200 B.C. for example, the murder of female infants was so common that among
6,000 families living in Delphi no more than 1% had two daughters. In India, for example,
because of Hindu beliefs and the rigid caste system, young girls were murdered as a matter
of course. When statistics were first collected in the nineteenth century, it was discovered
that in “some villages, no girl babies were found at all; in a total of thirty others, there were
343 boys to 54 girls. 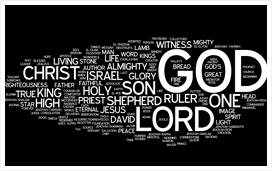