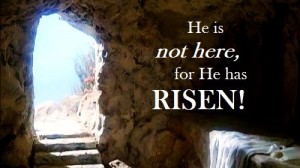 Corinthians 15:1-19
The Gospel = Good News
Paul addresses the fundamentals of salvation.
Preach the gospel. How will one know if the gospel is concealed. The gospel is the revelation of Jesus Christ, & we as Christians in the Lord must proclaim the Gospel with our life’s.

The Holy Ghost First Convicts Us Of Sin, Righteousness & Judgement. He Then Leads Us To The Cross Where We Embrace The Love,Grace,Mercy,Salvation, Glory,Truth And Joy Of God.

After Receiving the gift Of God, we are to Stand in the Gospel. The Gospel means Good News, so we are to Stand In Christ, for outside Christ there is no salvation. Our life’s must reflect that we stand in Christ as He stood for us.

Standing in Christ, is where salvation manifests itself, as long as we hold fast the Word delivered to us via the Holy Ghost. Our salvation is the reflection of our hearts that we are fully Convinced in Jesus Christ. The Word Of God Is Not vain Words, but the Word is Jesus Christ. So no longer do we live a life of unbelief but walk and stand in the Great revelation & salvation of God.

Jesus Christ fulfilled the Word of God in His first coming and that’s what Paul makes Clear. According to Gods Word the cross and death is first preached for our sins to be forgiven. That He was buried, so are we dead and buried from our former life and raised as our King is raised up on the third day. This was not a fabricated story but the Fulfilment of Gods Word. The Resurrected messiah was witnessed by the twelve apostles, then by 500 eye witnesses and then by Paul who once Persecuted the body of Christ but was transformed by Jesus Christ Himself. In the court of law all you need is 3 witnesses to verify true accounts, yet the evidence of The Life, death, burial and resurrection of Our Lord Jesus Christ was witnessed by 1000s from his apostles, 100s of eye witnesses accounts, by
Paul and many more who once tried to kill Christians, history books are full of evidence and accounts by even the Lords persecutors and those who betrayed him. God has left no stone unturned with antiquity and historical facts but above all The Holy Spirit confirms the Word Of God. Paul Preached with great confidence in Gods Word, but above all his Life in The Word and Holy Spirit was evident and exceeded even above all other apostles. Like wise we who are washed in the Blood of Jesus Christ and filled with the Holy Ghost must show the world that we Stand in Jesus Christ, and not in a life of vain. Like Jesus Took Saul and transform him into Paul. Likewise God Is Doing With Us if We are truly standing In Yeshua.

Pharisees believed in the resurrection and Sadducees did not. These where the 2 leaderships in the Jewish leadership as well as Scribes. Paul now addresses that the false doctrine about the denial of the Resurrection
Of The Christ had crept into the church. The resurrection of Jesus Christ is the utmost evidence and fact that God the father accepted the sacrifice of His Son and that justice Of God Was Appeased. It Confirmed The Salvation Of Our Great Lord who laid His Life For us. That He Defeated The Power Of Death which was sin. Satan now tried to bring this false teaching into the church yet Paul confirmed that the Resurrection was Gods Greatest Fact!!!

20-34
Jesus Christ Is The First Fruit From The Dead. The First Fruit Of An Harvest was always presented to God First. Likewise Jesus Was The First Fruit Of The Resurrection Presented To God. Death Came by the Fall of Adam because Of Sin. But Through Christ All Have the opportunity to Choose Life eternal. We Likewise are the Fruit Of Christ’s labour and will be presented as The Lord Was to God The Father As sons & daughters purchased at the greatest price. Paul verifies that the work Of Christ and The Holy Spirit is not done in vain but by the very power of God The Father. Jesus Christ will then put all enemies under The feet of God the Father, Death will be gone forever, for sin will cease in The Kingdom Of God. God Will Be All to all. We Will See God in His Fulness and the power of His Resurrection. Evil doctrine is Bad company. Those in the world are the walking dead without Christ. They are dead in their sins who deny the Facts of Jesus Christ. Death and sin is their company and Paul makes clear that the brethren who associate with such, corrupt their morals. Like a practicing drunken who has no sound mind but is tossed from one place to another is a double minded person who chases false doctrine and those of the World.
Paul makes clear that if the resurrection was not a fact, that those who hoped in Christ hoped in vain and it was better to drink, eat and live like the the world. But the Resurrection is the greatest FACT THE FATHER HAS REVEALED CONCERNING HIS SON; SO OUR LIFES MUST PRESENT THIS FACT AND NOT TAKE GODS WORD AND PORTRAY IT IN VAIN AMOUNG THIS FALLEN WORLD. ISLAM CATHOLICISM AND ALL OTHER FALSE RELIGIONS DENY THIS FOR THEIR GOD IS SATAN. BUT THIS LETTER IS WRITTEN BY PAUL TO THE CHURCH, And God is making This FACT VERY CLEAR TO ALL BELIEVERS; “DO NOT TAKE HIS SONS REDEMPTION AND SALVATION IN VAIN!!! Salvation is the death of Sin. Repentance or sorry is easy to say. Yet we sometimes fail to understand the Life, Death, Burial & Resurrection of Jesus Christ was not vain but the revelation of God for us, to bring us to repentance. So those who continue in sin reject the Fact Of God. When We Walk and Stand In Christ, we declare to the world that Jesus Christ Is A Fact. That’s why we sin No More. The Church should have rejected this false doctrine and Paul confirms that their action of allowing bad company in was to their shame.

35-49
Paul addresses when a seed dies it comes up transformed. God gives resurrected life to the seed and gives it a new body. Evolution is destroyed here for its false teaching, teaches all flesh is the same. Yet Gods word clearly states that the flesh of humans is totally different to that of beasts, fish and birds. Angels are different in body for they have power and can transport from one place to another. Their radiance is far different to our earthly bodies that are subjected to the elements of this fallen world. The Suns body is far superior to the moon, for the rays of the sun makes the moon light up. The billions of countless stars all differ from one another and God knows each ones glory.

So we who are in Christ, though we have a perishable body now will one day have an imperishable body soon. We where sown and born in dishonour but in our birth in Christ raised in Glory. From a weak place of death we are raised in the Power Of God. God has prepared for us a spiritual everlasting body, through Adam we became a living soul but through Christ our spirit was raised. We will one day pass from our earthly body to our heavenly body. We will be like our King and Lord, praise God for the Resurrection Of Jesus Christ.

50-58
Flesh & blood cannot inherit The Kingdom of God or the perishable body of sin obtain the imperishable body, but Only those who Have Heard, received and Stand fast in the salvation of Jesus Christ will!!!

The Rapture of The Church will happen like a twinkling in the eye. It happens suddenly and those who stand firm in Yeshua will be transformed when the trumpet of God will sound. The trumpet Of God was recognised by Those Who knew God. It was a sound to tell them the King was coming so be alert and ready. Likewise all those Who sleep now in Christ and Those Who will be still alive at The Time of the Rapture will be transformed from a perishable body into their imperishable body. From mortal beings to immortal beings. Death will no longer have power over them. Here God mocks death. For the sting of death was sin. Sin used the Law to condemn us. We are guilty and deserving of Hell, but The Life, Death, Burial and Resurrection Of Our Great God Defeated This Enemy. God Hates Sin & death, so he bought forth His Law so we would Then run to His salvation ;Jesus Christ Is Our Victory. We are To be steadfast, immovable and always abounding in The Work of The Lord. For our Hope is not in a vain ism or empty words. OUR HOPE IS IN THE FACT OF GODS WORD. THAT FACT IS THE LIFE, DEATH, BURIAL AND RESURRECTION OF YESHUA THE CHRIST. IN HIM WE HAVE IMMORTALITY. WOW. LETS PRAISE AND STAND TOGETHER IN YESHUA