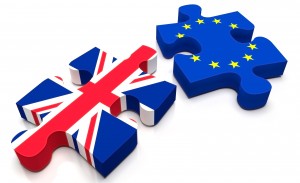 God Begun Establishing Biblical Christianity On Our Shores As Early As AD 43-47, When Claudius Caesar & The Roman Legions Landed In Kent. Roman Occupation Allowed Roads To Be Built For Early Christians To Travel From Asia Minor To Britain And Bring The Gospel Of God To Our Shores. It’s was known in Britain Then as Welsh Christianity, For Thats Where The Holy Spirit Began To Spread The Word. Druid worship was Rampant and human sacrifice were made to the false god of Druids “Mithras”. But God Began Working on the hearts of all heathens and their evil practices and Established The Gospel. Then The Picts From Scotland, The Scots From Ireland and The Saxons from Europe began Their Barbarian Reign Of Evil, 200 years of the dark ages began. The Roman Empire That Ruled From AD43-442 Withdrew From Our Shores. During Its Reign Biblical Christianity Flourished and Spread. Then began the dark ages, and the Worship Of Woden And Thor. The Saxons From Germany, Barbarians Of Picts And Scots And Vikings Bought Their Reign Of Terror And Evil Demonic Practices. Roads and Buildings that the Roman Empire built where demolished and torn down to Rubble. The Four Hundred Years Of Craftsmanship, Education, Architecture & Art Was Ravaged By Strangers from Other Shores. Blood Thirsty Men Savaged People, Towns & Cites. Yet God Preserved A Small Remnant In The Hills Of Wales That Stayed True To Jesus Christ. Then Came Patrick son of A Christian Deacon from the Severn Valley, who at the age of Six was led into slavery and sent to Ireland. During his loneliness Patrick Gave His Heart To The Lord Jesus Christ. 432AD England Was Plunged into darkness due to the barbarians and Saxons. Patrick took those who remained faithful to The Lord in Ireland and converted whole regions of Ireland to Jesus Christ. Then The Fire of The Gospel Came back to the shores of Britain Via Columba who came with the same Zeal as Patrick and Preached the Gospel Throughout the Nation. The Light Of the Gospel once again shone during the dark ages when the Saxons, Vikings and Barbarians raped and pillaged the Lands. Woden, Thor and pagan practices where once again defamed by the Power Of The Gospel Via Men moved by The Holy Ghost.

The Papacy:
Then Came The Rome Papacy under Pope Gregory and Their false gospel in 596AD.

Rome now wanted to control biblical Christianity in Britain and all its population. Their desire was to make Britain a Roman Catholic nation. They where disturbed at What The Holy Spirit Was Doing Spreading The Gospel Via Celtic Christians Throughout The Land. But King Oswy of Northumbria In 663AD was influenced by his wife, that the church based in this land must become part of the Catholic System under the rule of the Pope and Rome. This then took a knock on
Effect in England, Wales, Scotland & Ireland.

Rome Tried To Quench The Spirit Of God and The Gospel Of God. A Great Spiritual Darkness Fell During The Tudor Time and Britain and Europe Fell into Moral and spiritual darkness.

God Then Raised A Man Called Martin Luther who by Reading The Word Of God, proclaimed Salvation Came By Faith In The Life, Death, Burial And Resurrection Of Jesus Christ. And Not Through Penance And The False Church of Rome. “The Just Shall Live By Faith !” Cried Luther Throughout The Nation. This Sparked a Chain Reaction and invoked and Awoke the hearts of many back to The True Gospel Of God.

The Catholic Church Stopped The Gospel Being preached in any other language bar Latin. They manipulated the masses with their false teachings and proclaimed the Pope was the only one who could interpret Gods Word. Satan on earth.

The Vatican In Rome

Yet During Luther’s time The Holy Spirit Translated The Gospel back to the common languages so the common man could hear, understand and be saved.

Luther nailed the 99 thesis to the Wittenberg Castle Church denouncing the Catholic Church and Its False Teaching In 1517. He challenged The Doctrine Of The Pope!!! This Is When The Reformation Period came into being. 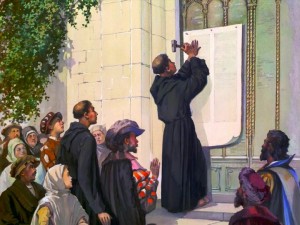 This awoke the British people that they no longer wanted to be governed by Rome, and that we Should be governed By Men moved by God and our own Government and not outside influence.

Henry VIII for his own personal Interest, Made England wholly independent, and made the break between Rome & England complete and Stated that no superior in power should Supersede God. 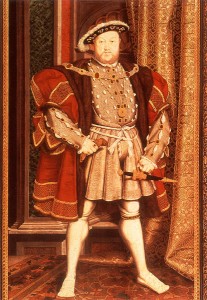 Rome Killed Many Who Stood Up Against Them And Those Who Exposed Their False Teaching. Yet God Always Had His Remnant, And They Stood in The Power Of Gods Word and Spirit and Proclaimed The Truth Throughout The Nation, many paying with their Life’s.

Men Moved By God:
Then Came William Tyndale Who Was Gripped With a passion via the Holy Spirit that the Entrance Of Gods Word must penetrate men’s hearts with The Light Of Christ. For Years The Catholic Church Withheld The Bible From the common man. But People Like John Wycliffe translated the Bible Into English. Tyndale Then translated from Latin to Tudor English, so everyone could understand and receive a copy, from the rich to the poor and Discover The Salvation Of Christ. He Was Pursecuted and Hounded By The Catholic Church during translating and Printing Of The Bible. When he was Martyred For Doing Gods Work he Uttered This Heart Rendered Pray” O God Open The King Of England’s Eyes.” 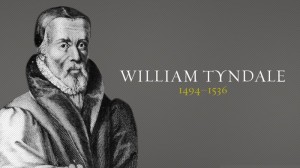 Within A Year King Henry VIII demanded a Copy. He then made sure every church had a copy and every clergy. In 1535 the demand For the Bible Tyndale translated into English was so great that the more printing presses where established. The King also ordered that fathers everywhere to teach their children the Lords Pray, The Ten Commandments and the Christian Faith in Their Homes.

Warning:
Today We Are Facing Whether We Should Leave Europe Or Not. But This Nation Has Forgotten God. They Endorse All Forms Of Evil. Abortion, Same Sex Marriage, False Religions, Fornication and all forms of perversion. They have kicked God Out Of Schools, Law Courts, Marriage, Homes, The Government And The Monarchy. We are now a post Christian nation. Where Is The Remembrance Of How God Picked Up This Nation That Was Dead & Said Live!!! How God Blessed This Nation and sent His Servants To Save Us. We Are Now Sitting Ducks For The Antichrist. Whether we remain or Not In Europe Is Not The Right Question To Ask! The Question We Must Shout Is Are We Standing In Christ? Because The Final World Godless Empire Is Rising. Are We Awake. Are We Going To Hear The Voice Of God & Proclaim The Gospel Of God Before Its To Late???

God Says Turn Your Hearts To Him, Wash Your Filthy Hands And Stand In Christ Jesus. And It Begins At Home. Pick Up Your Cross, Deny Yourselves And Follow Jesus Christ. He’s Returning Soon. Be Watchful, Alert And Ready For The Kingdom Of God Is At Hand!!! 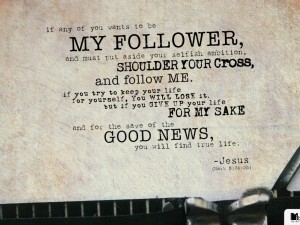