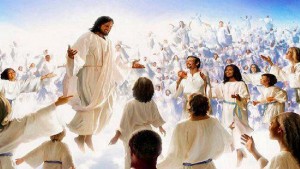 Will All So Called Born Again Christians Be Raptured?

Who Is Our Blessed Hope?

Jesus Christ Said Remember Lots Wife. The End Days Will Be Like In The Days Of Noah & Lot. These Stories Are Found In The Book Of Genesis, The First Book Of The Bible.

Noah’s Time, Fallen Angels Procreated With Daughters Of Humans And The Gave Birth To Demons, The Nehpalim. Why? Because Satan Wanted To Corrupt The Seed Of The Woman So The Promise Of The Messiah Would Not Come To Pass. God Gave Noah,A Righteous Man, Who did not defile his household to the sin of his day 120 years to pre warn all, that God Was About To Flood The Earth Due To Their Sins. Yet They Payed No Attention. They were eating, they were drinking, they were marrying, they were being given in marriage, until the day that Noah entered the ark, and the flood came and destroyed them all. The Norms Of Life Took priority over The Word Of God. The Blessing Became More Important Than The Blesser. They Closed their eyes to the evil sin around them. They mocked Noah and his family. They just continued on with their daily life’s until the judgement of God Destroyed them.

Lots Days, Homosexuality, Pornography, Abortion, The Rape Of All And All Forms Of Sexual Immorality Was Rampant. Why? To Destroy Child Bearing So The Messiah Could Not Be Born. God Pre Warned Abraham And Lot What He Was About To Do To Sodom & Gomarah Via 2 Angels. God Was About To Destroy Them With Fire & Brimstone. He Told Lot To Take His Family And Flee. Yet The Rest Continued In Sin, they were eating, they were drinking, they were buying, they were selling, they were planting, they were building; but on the day that Lot went out from Sodom it rained fire and brimstone from heaven and destroyed them all. Once Again The Norms Of Life Took Priority Over Gods Word. Here You Notice As Well They a Didn’t Marry, Because They Where All Godless. Jesus Said “Remember Lots Wife” Why? Because God Told Them To Flee and Not To Look Back, As Fire And Brimstone Destroyed Everyone, Yet Lots Wife Looked Back!!! She Didn’t Fully Let Go Of Her Former Life. And God Judged Her And Made Her A Pillar Of Salt. A Warning To All, That Anyone Who Puts Their Hand To The Plough And Looks Back Is Not Worthy Of The Kingdom Of God. She Is An Example To All Who Slander Christ By Stilling Walking In Sin. Who Have Not Died To Their Sinful Live. Mockers And Deniers Of The Truth If Jesus Christ. Who Take The Lords Supper In A Unworthy Manner. Jesus Said “One Will Be Taken And The Other Left.” The Rapture Will Expose The True Born Again Spirit Filled Believers From The False. The Wheat From The Tares. The Sons Of God From The Sons Of The Devil. 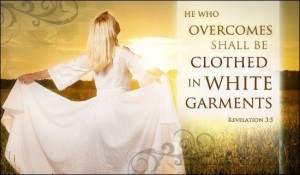 Whore = Promotes Their Own Fame, Sleeps With Every Passer By, Disrespects Her Husband And The Family Of God, Uses Sexual Influence As Witchcraft To Entice People, Gossip, Hater Of Truth, Worships Idols And Sits With Those Who Reject Jesus Christ, Is Double Minded, Deceiver & Liar, Promotes Abortion, Homosexuality and all forms of Evil, Murderer And Hands Covered In Blood,Opens Her Legs To All, Befriends All For Self Glory, Dishonouring God And Her Husband, Rejects Gods Word, Loves False Teachers, Money Lover, Hypocrite, A Fool Before Unbelievers, Sends their loved ones to hell,And Sleeps With Other Religions, Uncovers Her Nakedness, Never Speaks Up For Gods People, And Above All Lover Of Antichrist.

When We Or The Church Act & Walk This Way, The Wrath Of God Will Soon Catch Us Out. We Will Be Left Behind, to Be Destroyed. Left My with Satan & His Evil. THIS IS WHY ABORTION, HOMOSEXUALITY, RAPE, MURDER,LIARS, FALSE RELIGIONS and all forms of EVIL PREVAIL, When Deceivers Walk This Way. 20years And Gods Judgement Is At Hand. YOUR NAME NOT FOUND IN THE LAMBS BOOK OF LIFE.

Betrothed= Nakedness Covered By Christ, And Covenant Agreed By God, Bestowed The Splendour Of Christ, Shows All They Belong Only To Jesus Christ, Gifts Of God Are Their radiance, Honours God, Husband & True Believers In Christ, Loves And Magnifies Gods Word, Looks And Knows Jesus Christ, Knows Her Royalty & Splendour Are Due To God, A Life Bearer And Fights For Marriage,Loyal And Hates Evil, Truly Loves Jesus Christ With Their Lives, Their Conduct And Heart Pure In Christ, Faithful, Full Of Grace, The Peace Of God, Hates False Teachers, Looks To Christ All The Time, Walks In Holiness And Builds The House Of God, Honours The Table And Remembrance Of The Lords Supper. Never Forgets What God Did, Humble And Understands Without Christ They Are Nothing, Loves Family In Christ. And Above All Glorifies Jesus Christ!!!

This Declares, WHEN GOD SAYS “LIVE” ETERNAL LIFE & YOUR NAME WRITTEN IN THE LAMBS BOOK OF LIFE. 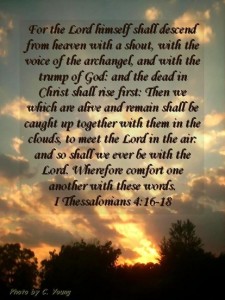 So Who Are We. Whore Or Betrothed?

OUR BLESSED HOPE IS JESUS CHRIST. THE RAPTURE WILL SOON BE UPON US. WILL YOU BE EXPOSED OR BE WITH THE LORD???

KNOW TODAY WHO YOU SERVE. JESUS CHRIST OR ANTICHRIST?

We at VOTV PROMOTE TRUTH, GODS WORD. THE LORD JESUS CHRIST. WE DONT LOOK BACK!!! BUT LOOK UP TO OUR BLESSED HOPE. YESHUAAAAAAAAA